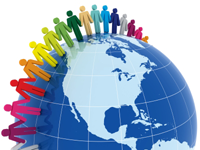 The recipient of a bachelor's degree in environmental science from New England College, Missy Clark is an experienced equestrian rider and trainer based in Wellington, Florida. Missy Clark was introduced to the world of horses by her mother Doris, and soon after began training as a junior rider under Chuck Graham, a well known horseman from Buffalo, NY. She first began pursuing a career as a trainer alongside her mother at Fox Run, Ltd. From there, she opened North Run, which now has training facilities in Wellington and Warren, Vermont.

Since establishing North Run, Missy Clark has trained more than a dozen riders who have represented their respective countries in Nations Cup competitions. One of her first successful students was Sheila Burke, who represented the US Equestrian Team and won the Dublin Grand Prix. She has also coached prominent riders like Charlie Jayne (US), Michael Hughes (US), Brian Walker (Canada), and Tomi Yofre (Argentina). Her students have won a combined 65 National Equitation Championships and Reserve titles.

In addition to training riders, Ms. Clark is a member of the board of directors for the North American Riders Group, and serves on multiple United States Equestrian Federation and United States Hunter Jumper Association committees. She also supports nonprofits such as the Kevin Babington Foundation, the Philadelphia Urban Riding Academy and Danny and Ron’s Rescue.